The bottom half of the united states population really doesn’t pay any income tax.

If you fall into this category, you only pay Social Security Taxes, roughly a flat 15%. Social Security Tax theoretically is a pension program, although, in fact, it’s a Federal Government Criminal Ponzi Scheme hoodwinking and robbing Americans.

Social Security is bankrupt and has been for years just like the U.S. Government has been Bankrupt since the Federal United States 1933 Bankruptcy and has been under the control of the IMF branch of the UNITED NATIONS ever since that year. 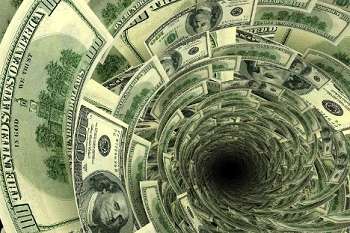 If anyone of you gets Social Security Tax Pension payments in the years to come it will be at the expense of future Federal CITIZEN taxpayers (ONE WORD) — not because any capital has been set aside in the Social Security Pension Fund. The Federal Government uses you as human capital every day.

Social Security is, and always has been a Federal Government swindle and hoodwinking. Paying Social Security Taxes make it harder for people to save on their own. And makes some of you feel you don’t have to save for a rainy day. Well, tell that to the HOMELESS and STARVING on the streets!

But Social Security Tax is not a real pension plan either. It’s a highly politicized Public Federal Government Benefit, Service, Privilege, and Welfare Program. People have been propagandized into believing not just what isn’t true, but actually believing the opposite of the truth.

Just like believing a dollar amount denomination printed by the Federal Reserve on fiat paper is money or U.S. Currency and passed off to the Public as Lawful gold or silver money as is stated in both 1787 and The Corporate ACT OF 1871 Federal Constitutions at Articles 8 and 10 and the coinage of money as stated in the 1777 Articles of Confederation first Constitution of the united states of America perpetual union of the Colony States or Countries.

The situation is actually pretty hopeless from a philosophical point of view and it’s getting worse. The average American believes Social Security and the income tax are both moral and necessary and spread lies that the government has told you to make you dependent on the United States Government and Bank Corporations. Think about it..

Pay with PayPal below..